In a report on CNET in March this year Microsoft spokesperson said, “A Microsoft customization is applied to the Samsung Galaxy S8 and Galaxy S8+ Microsoft Edition when the devices are unboxed and connected to Wi-Fi.” The spokesperson further added, “This customization ensures customers a best-in-class productivity experience with Microsoft applications such as Office, OneDrive, Cortana, Outlook and more.” 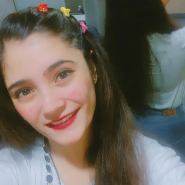 Losing weight can help save money