The team of blockbuster ‘Qayamat Se Qayamat Tak’ held a premiere of the film on the occasion of its 30th anniversary in Mumbai on Saturday.

The makers and stars of the 1988 hit, including Aamir Khan, Mansoor Khan, Dalip Tahil and Raj Zutshi, had gathered at the event on Saturday to celebrate the 30-year anniversary of the film that propelled Aamir Khan and Juhi Chawla to stardom. The film was released on April 29 that year Aamir Khan’s ‘Dhoom 3’ and ‘Thugs of Hindostan’ director Vijay Krishna Acharya was among the guests at the screening. A lesser-known fact is that Reena is seen briefly in the song ‘Papa Kehte Hai’.

They apparently ‘secretly’ got married when the shoot was underway and it was kept under wraps till the success of the film. Aamir’s brother Faizal was also a part of the film in a brief role and also has acted with him in ‘Mela’ which also starred Twinkle Khanna.

Udit Narayan had sung the famous song ‘Papa Kehte Hai’, which is still fresh in the memory of Hindi cinema lovers, and also four other songs.

The film’s lead actress Juhi Chawla was missing from the celebrations perhaps due to her other commitments. 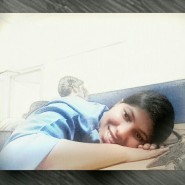 Silsila Badalte Rishton Ka: A Tale That Revolves Around What Is Right And Wrong