Sudhir Kumar, 5 years ago 0 3 min read
Ashwani Lohani, Chairman Railway Board visited Steam Loco Shed, Rewari, the Mecca for steam engines. He was accompanied by Vishwesh Chaube, General Manager, Northern Railway, Sh. Arun Arora, Principal Chief Mechanical Engineer, R.N. Singh, DRM, Delhi and Senior Officers of Northern Railway.
The Steam Loco Shed at Rewari, Haryana, situated at a short distance from the Capital New Delhi is home to a number of Steam Locomotives and other steam machines of the bygone era. The open air museum is a well maintained property with manicured gardens and  tasteful display of the heritage pieces.  About a dozen Broad Gauge (BG) and Meter Gauge (MG) steam locos are being maintained in working condition at the steam loco shed. In addition to being a draw for steam engine enthusiasts, locomotives housed at Rewari have ‘starred’ in numerous films prominent ones in recent times include “Bhaag Milkha Bhaag” and “Sultan”.
A known aficionado of steam engines, Sh. Ashwani Lohani – the man who resurrected the “Fairy Queen”, the oldest working steam locomotive in the world –while reviewing the facilities at the Rewari Steam Centre, welcomed the recent additions of the steam simulator, the virtual tour for visitors into the history and present day railways and also the model railway layout and garden scale working train capable of giving a joy ride. He urged upon his team to put in efforts to make Rewari Steam Loco shed a world class museum for steam Locomotives.
The CRB further said that the Steam Loco Shed was a reminder of the glorious steam era of the Indian Railways, a heritage that all Indians should be proud of. Steam Engines chugging down the tracks revive fond memories for most people, globally. Such runs are now giving rise to a new form of travel adventure, the “Steam Heritage Tourism”. Though such runs are a novelty in other parts of the world, the Indian Railways with its huge repository of restorable steam locos is working to institute steam runs on identified routes on a sustainable basis both as niche and popular rides for everyone to enjoy.
Rail Steam fans can look forward to 12th and 16th of April, when Steam runs are planned on both days between New Delhi and Delhi stations as part of the Railway Week Celebrations. Lohani also instructed the officials to plan for a sustained weekly steam run between Delhi Cantt – Garhi Harsaru- Farruk Nagar.  It is proposed to price tickets as is done for regular trains so that steam travel remains within the reach of the common man.
At present revival of steam on a sustained basis is taking places on all gauges of the Indian Railways. The Hill railways play a prominent role in this revival. Northern Railway is home to both the Kalka-Shimla Railway and the Kangra Valley Railway. These UNESCO inscribed (Kalka-Shimla Railway) and proposed (Kangra Valley Railway) World Heritage Sites are both on 2’6” gauge. The KC-520 steam Engine plies on the Kalka Shimla route and very recently the ZB-66 steam engine has been readied for the Kangra Valley. The Rewari Steam Centre extends support on a need basis to both these locations as well. In addition to scheduled runs, Steam Charters can now be planned on these hill railways.
UTTAR PRADESH NEWS की अन्य न्यूज पढऩे के लिए Facebook और Twitter पर फॉलो करें
Tags #Ashwani Lohani #Chairman Railway Board #Loco Shed #Mechanical Engineer
Previous 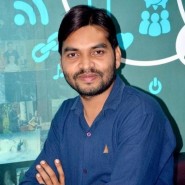 I am currently working as State Crime Reporter @uttarpradesh.org. I am an avid reader and always wants to learn new things and techniques. I associated with the print, electronic media and digital media for many years.