Street named after Sabzar Bhat in his village, Kashmir

Barely a week after forces gunned Sabzar Bhat down , Hizb commander Sabzar Bhat has a street named after him in his native village, Rathsun (Tral).

The street, where Sabzar’s family also resides, has been named Zarar Colony. Zarar was Sabzar’s alias.

A board announcing the name has been erected at the entrance of the street.

In Rathsun, banners with images of Burhan Wani and Sabzar have been hung along the roads and the near the local Martyrs Graveyard.

One such banner near his house reads: “Our beloved fighter, we will always remember you.”

It is one of the most photographed banners.

Youths take selfies with the banner in the background.

“The forces have taken our hero away from us but not his memories and those memories will always stay with us,” said Atif, a youth from a nearby village.

A group of woman from Sabzar’s colony shouted slogans in favor of Sabzar and Kashmir’s freedom while showering petals on the banners.

“Sabzar was someone who died for the honor of the women of Kashmir and we feel safe when young militants like him are fighting against the oppression,” said a young girl, wishing anonymity.

Sabzar Ahmad Bhat alias Zarar, who succeeded Burhan Wani as the acting chief of Hizbul Mujahideen, was killed by Army along with his associate Faizan in Saimoh village of Tral on May 27. 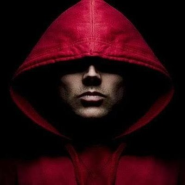