The upcoming movie of Aishwarya Rai Bachchan is Fanney Khan,

Teaser of the movie releases tomorrow

A lot of controversies has been made about Fanney Khan these days.

The movie, which was making news because of the fall out between its producers Prerna Arora and Bhushan Kumar, is now on track.

The teaser of the movie releases tomorrow and will be attached to Sanju.

The makers also released the first poster of the movie.

Interestingly, last week the crew of Fanney Khan met for a song shoot in a suburban studio.

While things were fine initially, later Aishwarya wasn’t happy with the lyrics of the song, which was later replaced.

Apart from this, there was one more incident that miffed the Bollywood diva!

It was about the amount that  was drawing for this film.

A source in the know told us that until now she thought, that she was the highest paid in the movie.

However, last week she learnt that wasn’t the case.

Her fellow co-stars have been drawing the same amount and on knowing this, she was visibly upset.

Reveals a source, “Aishwarya Rai Bachchan was told on signing the project that she would be getting the highest remuneration. Naturally, she was very happy. But last week when she got to know how much Anil Kapoor and Rajkummar Rao have been drawing for this movie, she got miffed. She felt betrayed and decided to meet the producer and discuss with him. A meeting has been fixed up in the coming week and hopefully the matter will be sorted.”

Now whether this a another form of promotion or not only time will tell.

But for now, we surely know that the gorgeous lady isn’t quite happy with this! 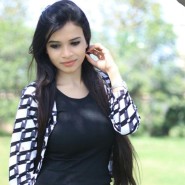 Bollywood wishes “Good Luck” to Chandrayaan-2, which is on its way to the Moon, launched from Sriharikota