Rohit Shetty is known for his over the top stunt oriented films and NiharicaRaizada has landed an interesting role in the film, which is physically demanding.

Talking about her physical transformation for the forthcoming action thriller, Niharica said, “I am training for my upcoming project, Sooryavanshi. I am training my upper and lower body and my trainer is getting me fit for my next schedule. I am doing lots of leg presses, quads, lapels, lunges, boxing, rope exercises and lot more, so that I can be fit for my next schedule, which I will shooting very soon.”

The team Sooryavanshi – Akshay Kumar and Rohit Shetty are shooting in Bangkok. The film involves bike stunts, car chases and one helicopter chase along with many other physically grueling routines.

Talking about her role and film, Niharica said, “My role is physically demanding. It is an action film, so one needs to be in good shape and should have the stamina to pull-off all the stunts with ease. I am prepping for my second schedule.”

Further adding Niharica urged her fans to have an exercise routine, which will help them stay fit and avoid ailments, especially heart related.

She added, “I really hope all you guys have some sort of routine for exercise because it is very important for your heart and in general, your good health. Keep on exercising even if you do 30-45 minutes of exercise every day, it can really keep you from having any form of heart-attack or any kind of blockages. Exercising is really important and stay away from alcohol and cigarettes.”

The film is produced by Rohit Shetty and Karan Johar under their banner of Rohit Shetty Picturez and Dharma Productions in association with Reliance Entertainment and Cape Of Good Films. It is the costliest cop film ever made in Indian cinema history. 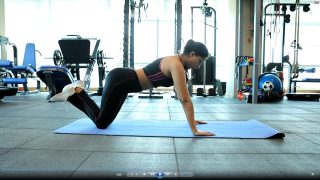 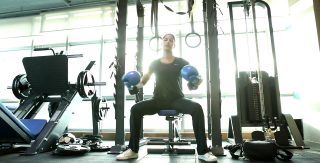 Excited about my bollywood debut but will not leave hosting behind , says Deepti Sadhwani

Om Singh, owner of Mumbai Aces is all praises for actor Sharad Kelkar, captain of the team and the players