The lockdown due to the COVID 19 has remained tough for everyone. But many took this
opportunity to use their grey cells and embark with something beautiful in their professional life.

One of these includes the lady Lizaa Malik who came out with her first Lockdown venture called Aadat, a melodious and cool song. After giving some of her best and blockbuster songs like Love Dont Cost a Thing, Fraud Romance and Tip Tip Barsa Paani and others, the lady is back with her latest called Aadat.

The song was shot in the unlock 1.0 by following all the guidelines of COVID 19 like social distancing and other things. Lizza was seen with the singers like Aaman Trikha who gave the voice to it, while the music was composed by Teenu Arora with the small screen star Karanveer Mehra. The lyrics have been given by Armaan, while the song is produced under the banner called Slash productions, and was presented by Raaj Suri and Amandeep Singh. It was Nitesh Devpal who digitally managed the venture. The Song was presented under They See Records. The song Aadat has already been released and is doing great waves in the media.

As you check the song, you find a beautiful story of how love happens and breaks taking them into misery as the lovers split. The locations chosen were as per the social distancing element in mind.

One of the interesting aspects of this song was that it was shot by a smartphone and not by the high end cameras which one uses for such ventures. The entire video was shot by a smartphone. Lizaa and Aaman were seen shooting for the song before the smartphone for the first time in their career and they really enjoyed the same. The song is too melodious to miss, and it can hook you anytime, as it has the capacity to woo the audience. In a sense, it brings back the best audience telling them about love and missing love. 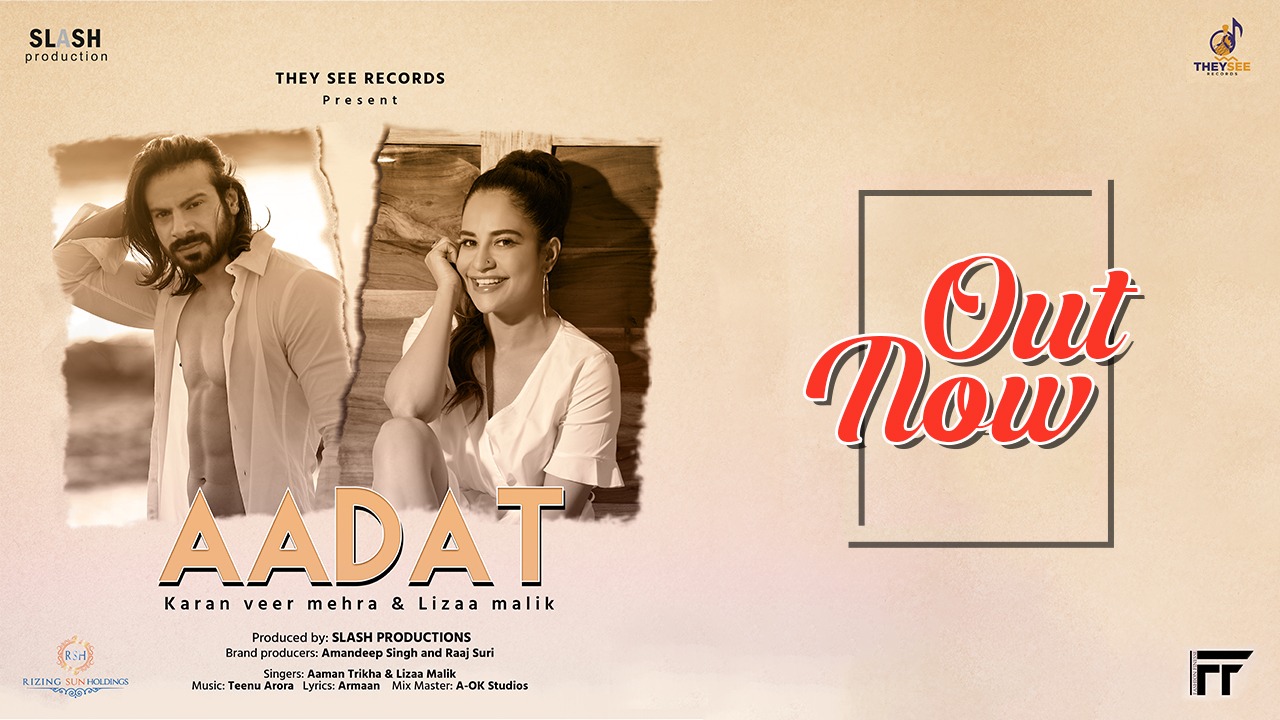